The Business of Meaningful Connections...

Attendees
15,066
Our audience is growing and becoming even more diverse as satellites play a larger role in connectivity for different markets- from government to telecommunications to finance to transportation and more… they’re all at SATELLITE.
Countries
105
SATELLITE is a global show, where anyone from anywhere in the world who is looking to better their business operations or enhance their strategy through connectivity can join thousands with the same mindset.
Exhibitors
340
Showcasing cutting-edge technologies, the hottest products, and next generation applications for buyers from the enterprise, finance, media, military & government, telecommunications, and transportation sectors.
Speakers
310
Connectivity & aerospace rock stars with brilliant minds leading discussions on the future of satellite connectivity and how the landscape is changing for so many markets.
Press
92
Journalists from the leading mainstream, industry, and market outlets cover SATELLITE for exclusive access to the latest developments in the aerospace and connectivity communities. 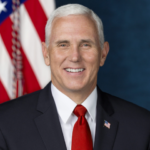 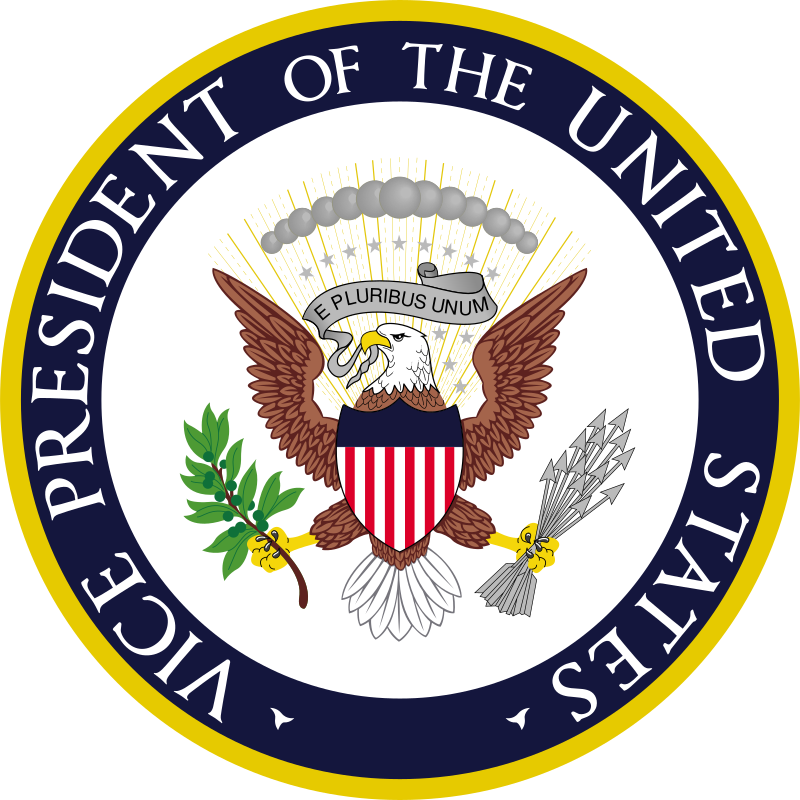 Vice President of The United States of America

Mike Pence
Vice President of The United States of America

Michael R. Pence was born in Columbus, Indiana, on June 7, 1959, one of six children born to Edward and Nancy Pence. As a young boy he had a front row seat to the American Dream. After his grandfather immigrated to the United States when he was 17, his family settled in the Midwest. The future Vice President watched his Mom and Dad build everything that matters – a family, a business, and a good name. Sitting at the feet of his mother and his father, who started a successful convenience store business in their small Indiana town, he was raised to believe in the importance of hard work, faith, and family. Vice President Pence set off for Hanover College, earning his bachelor’s degree in history in 1981. While there, he renewed his Christian faith which remains the driving force in his life. He later attended Indiana University School of Law and met the love of his life, Second Lady Karen Pence. After graduating, Vice President Pence practiced law, led the Indiana Policy Review Foundation, and began hosting The Mike Pence Show, a syndicated talk radio show and a weekly television public affairs program in Indiana. Along the way he became the proud father to three children, Michael, Charlotte, and Audrey. Growing up in Indiana, surrounded by good, hardworking Hoosiers, Vice President Pence always knew that he needed to give back to the state and the country that had given him so much. In 2000, he launched a successful bid for his local congressional seat, entering the United States House of Representatives at the age of 40. The people of East-Central Indiana elected Vice President Pence six times to represent them in Congress. On Capitol Hill he established himself as a champion of limited government, fiscal responsibility, economic development, educational opportunity, and the U.S. Constitution. His colleagues quickly recognized his leadership ability and unanimously elected him to serve as Chairman of the House Republican Study Committee and House Republican Conference Chairman. In this role, the Vice President helped make government smaller and more effective, reduce spending, and return power to state and local governments. In 2013, Vice President Pence left the nation’s capital when Hoosiers elected him the 50th Governor of Indiana. He brought the same limited government and low tax philosophy to the Indiana Statehouse. As Governor, he enacted the largest income tax cut in Indiana history, lowering individual income tax rates, the business personal property tax, and the corporate income tax in order to strengthen the State’s competitive edge and attract new investment and good-paying jobs. Due to his relentless focus on jobs, the state’s unemployment rate fell by half during his four years in office, and at the end of his term, more Hoosiers were working than at any point in the state’s 200-year history. 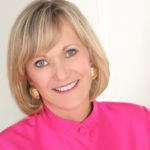 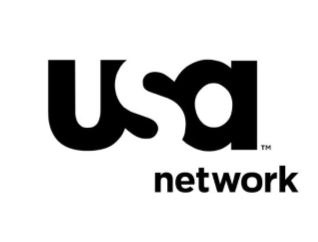 Kay Koplovitz is founder and former Chairman & CEO of USA Networks, the SyFy Channel (formerly Sci-Fi Channel) and USA Networks International, today a multi-billion-dollar cable television network. Ms. Koplovitz ran the network for 21 years before stepping down in 1998, at which time was sold for $4.5 billion. As founder of USA Networks, Kay is the visionary who created the business model for cable networks by introducing the concept of two revenue streams: licensing and advertising.
SATELLITES + THE USA STORY
Kay Koplovitz had her eye on satellites and their unique contribution to communications long before the technology was integrated into the cable television business.
She was captivated by Arthur C. Clarke and his passion for geosynchronous-orbiting satellites when she was a student at the University of Wisconsin in the late 60’s. Kay went on to write her master’s thesis on the impact programming delivered via satellite could have on governments, cultures and human rights around the world. So, it wasn’t surprising that she chose the cable television industry as the one that would introduce this technology. It was seven long years before her vision was realized.

SEPTEMBER 30, 1975 – THE NIGHT THAT CHANGED THE COURSE OF TELEVISION HISTORY

On September 30, 1975, HBO and UA-Columbia Cablevision, along with ATC, transmitted the “Thrilla in Manila,” the third matchup between Mohammed Ali and Joe Fraser, via satellite from the Philippines to cable systems in Vero Beach, Florida and Jackson, Mississippi.
It was that night that Kay’s former boss at UA-Columbia, Bob Rosencrans, said her dream was about to come true. It was then that they decided to launch a cable television network delivered to systems via satellite. Joe Cohen, President of Madison Square Garden, had 125 events from The Garden available for license and the Madison Square Garden (MSG) national network was announced in 1976, launched in September 1977.

TWO REVENUE STREAMS MODEL – LICENSING & ADVERTISING + DISRUPTIVE TECHNOLOGY + SCI-FI
The most significant disruptive innovation made in the cable industry was the introduction of a new business model – licensing and advertising. The new model reversed the payment model created by the TV broadcast industry. Instead of the TV broadcast paying the cable systems to carry the programming, MSG (the forerunner to USA Networks) instituted a fee that the cable systems would pay to the TV broadcast network – as one revenue stream. The second revenue stream, advertising, created and set the stage for the advertising industry and other cable programmers to follow. With the launch, Kay became the first women president of a cable network in television history.
The all-sports network went on to negotiate the first licensing contracts with Major League Baseball (1979 with George Steinbrenner and Commissioner Kuhn), the National Basketball Association (David Stern), and the National Hockey League (John Ziegler and Joel Nixon). Within a few years, the all-sports network evolved into a nightly live professional and collegiate network with over 500 live sporting with events.
The network changed its name to USA Network in 1980 and began to program talk shows and children’s programming during the daytime hours. In 1982, brought live coverage of prestige sporting events such as the early round coverage of The Augusta National Golf Tournament and the US Open Tennis Tournament.

In 1992, USA launched The Sci -Fi Channel (now Syfy) to an initial 10 million homes, and in 1994, the company launched USA International, offering both USA and the Sci-fi Networks to 60 countries worldwide.
CURRENT LIFE’S WORK:
Since 2000, Kay has served as Chairman of Springboard Enterprises, where under her leadership, the non-profit venture-catalyst accelerator has been bringing women founders leading transformational businesses to full parity in raising capital. The value of Springboard Enterprises has been validated by a strong 19-year track record of success with $8.7 billion capital raised, 186 liquidity events, and 17 IPOs.

Companies in the portfolio include technology and life sciences, and in 2014, Ms. Koplovitz co-founded the New York Fashion Tech Lab bringing promising technology companies in collaboration with the fashion and retail industry.
In 2016, Kay co-founded Springboard Growth Capital to bring growth stage investment to women-led companies emerging from Springboard Enterprises’ ecosystem. Springboard Growth Capital is leveraging the strong brand, deep entrepreneurial relationships, and the extensive network of experts, investors, and mentors built by Springboard Enterprises for the past 19 years.
SEVERAL BOARDS:
CA Technologies, ION Media Networks, TIME Inc., Kate Spade (formerly Liz Claiborne Inc.), Oracle, Instinet, Nabisco, General Re, Veniam, The Paley Center for Media (formerly The Museum of Television and Radio) as Trustee Emeritus, The International Tennis Hall of Fame as Trustee, The University of Wisconsin-Madison, College of Letters and Science as Board of Visitors
EDUCATION:
M.A., Communications, Michigan State University, East Lansing, Michigan, 1968 (National Merit Scholar), B.S., University of Wisconsin-Madison, 1967 (Phi Beta Kappa)
NOTABLE ACCOMPLISHMENTS:
President Clinton appointed Kay as Chairman of the bipartisan National Women’s Business Council (NWBC) in 1998. During that time, Kay discovered that there were few venture capital and funding options for women entrepreneurs.
AUTHOR:
She is the author of Bold Women, Big Ideas: Learning to Play the High-Risk Entrepreneurial Game, a book she wrote to inform and inspire women entrepreneurs. She more recently published Been There, Run That, an anthology of best practices from Springboard Enterprises’ expert network of thought leaders.
PUBLIC PRESENCE:
Kay is a speaker, and a thought leader often called to deliver keynote speeches, opening remarks, talk on panels, and participate in fireside chats. She is an expert media contributor and is frequently interviewed by The Wall Street Journal, The New York Times, Forbes, Inc., CNBC, MSNBC, Bloomberg TV and Financial Times. 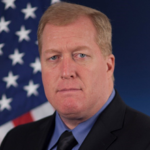 Mr. Paul “Rusty” Thomas joined DARPA in September 2017 as a program manager in the Tactical Technology Office. His current focus areas include increasing the resilience, global reach, and networked connectivity of U.S. space assets. Areas of technical interest and expertise include disruptive low-cost space and launch systems, autonomous mission authority for satellite fleets, persistent intelligence, surveillance, and reconnaissance (ISR), and software-defined holographic light control. Thomas joins DARPA from DAQRI, where he served as the executive vice president for global operations. He also has held positions at SpaceX, Orbital Sciences, and Motorola/Iridium, where he has been involved with the design and management of a number of space-related programs, including the SpaceX Dragon spacecraft, the DARPA Microsatellite Technology Experiment (MiTEx) satellite, the Iridium low Earth orbit (LEO) satellite constellation, and the U.S. Air Force Geosynchronous Space Situational Awareness Program (GSSAP). Thomas’ military background includes 16 years reserve service as a U.S. Navy Intelligence Officer supporting Naval Special Warfare. Thomas holds a Master of Science in aerospace engineering from the University of Texas at Austin and a Bachelor of Science in aeronautical and astronautical engineering from Purdue University. 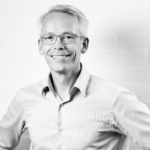 Klaus Bruun Egeberg leads the strategic development of Maersk’s technology and IT to deliver future customer-centric capabilities for one of the world’s largest shipping lines. Throughout his career, he has created ground-breaking products and platforms for the company. He is an experienced maritime industry executive, skilled electrician, programmer, project manager, technical manager and technological strategist. He is passionate about technology and how it can be used to create and shape the future.

What We Bring To Your Community